Beatrix Cavendish (賢者ベアトリクス, Kenja Beatorikusu?), also known as Beatrix the Affectionate, was one of the Nine Olde Witches who founded Luna Nova Magical Academy. She is also the founder and ancestor of the Cavendish family. Beatrix was characterized by her kindness and her symbol is a unicorn.

In her life, Beatrix used her healing magic powers to save innumerable lives, both friend and foe, no matter what side of the war they were on.

Beatrix was shown to bear a striking resemblance to her descendant Diana, having curly platinum blonde hair with tea-green highlights, although hers was significantly longer. Beatrix wears a long and fluffy bluish-white coat dress with the end of her dress being tan-colored. She wears a white witch hat styled like a bonnet, along with a gold necklace.

Being one of the Nine Olde Witches who founded Luna Nova, Beatrix is one of the most powerful witches in the world. Although not much is known about her abilities, Beatrix was greatly skilled in healing magic, and was the creator of many spells, included a secret, unique art — plant restoration magic, which she eventually passed down to her descendants. As with her cohorts, Beatrix has attained enough power in life to be able to return as a ghost to guide and watch over younger generations of magic users while retaining her magical abilities where in her case, her descendants.

Beatrix as seen in the Little Witch Academia Chronicles book. 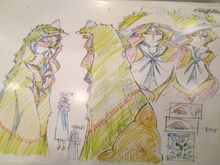 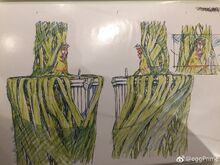 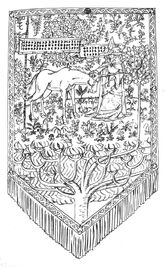 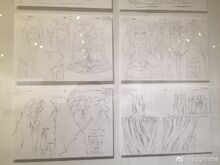 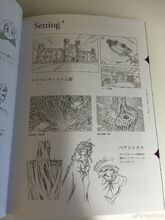 Closeup of Beatrix as she appears on her tapestry

Tapestry of Beatrix, a Cavendish heirloom 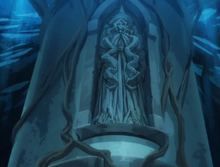 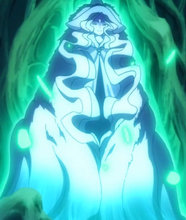 Beatrix's spirit appears before Diana.
Add a photo to this gallery

Beatrix disappearing.
Add a photo to this gallery