Familiars are creatures that provide aid to witches.

Familiars encompass a variety of magical creatures that made a contract with a witch and accompany her in the form of a pet, offering her its help and advice when she requires it. Familiars can be a variety of animals or even some types of Spirits such as Will-o'-the Wisp, but the most common ones are crows and owls. Although witches usually have only one familiar, it is also possible to contract with more than one.

Witches learn to communicate with their familiars through understanding their language. Towards this end, Luna Nova Academy offers several courses on the languages of various animals as part of Magic Linguistics. The most basic requirement is Bird Language, so witches can speak with crows and owls. 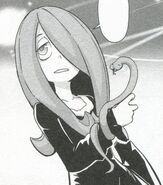 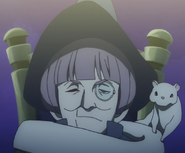 Ural with her stoat

Retrieved from "https://little-witch-academia.fandom.com/wiki/Familiar?oldid=44674"
Community content is available under CC-BY-SA unless otherwise noted.