Hoshi Wo Tadoreba (星を辿れば, If You Follow the Stars?) is the ending song and theme of the first season of the Little Witch Academia anime. The song is performed by Yuiko Ōhara, and along with the opening theme Shiny Ray, were released in CD format on February 22, 2017 in Japan, with a cost of ¥1,728.[1][2]

In addition to including the main song, within the CD there are five additional tracks performed by Yuiko Ōhara, called "莟" and "ユビオリ", the other three tracks being instrumental versions of the songs.

Being the ending theme of the first cour, it's heard from the episode "Pappiliodya" to "Samhain Magic". The song is not heard in "A New Beginning" because the opening theme, Shiny Ray, plays at the end of the episode. This song returns as the ending theme for the final episode, "Tree of Leaves". 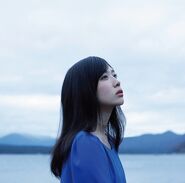 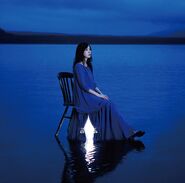 Artistic edition cover.
Add a photo to this gallery

Retrieved from "https://little-witch-academia.fandom.com/wiki/Hoshi_Wo_Tadoreba?oldid=32237"
Community content is available under CC-BY-SA unless otherwise noted.