53 minutes
Little Witch Academia: The Enchanted Parade (リトルウィッチアカデミア 魔法仕掛けのパレード, Ritoru Witchi Akademia: Mahōjikake no Parēdo?) is an anime film released on July 3, 2015, at Anime Expo 2015 and October 9, 2015, in Japanese theaters. It's the sequel of the first special Little Witch Academia and tells the challenge of Atsuko Kagari to produce a parade with the help of her friends from the Luna Nova Magical Academy.

The movie was funded by a Kickstarter campaign. It was funded up to $625,518 from a total of 7,938 patrons who pledged for the project to be made.

Akko Kagari enters a European, traditional, witch-training, prestigious school called Luna Nova Magical Academy based on the charming magic of the witch Shiny Chariot's show she saw when she was young. However, not being able to ride on a broom at all and doing mischievous things in class causes her trouble. Akko's friends, caretaker Lotte and cynic Sucy are allowed to participate in a parade that reproduces the history of witch-hunting as punishment!
If they do not produce the parade successfully together with three other troublemaking students — Amanda O'Neill, Constanze Braunschbank-Albrechtsberger, and Jasminka Antonenko — they will be expelled. However, they would like to make it as happy as a show by Shiny Chariot! Akko's magical happy parade, involving the whole city taking off.[2]

The film begins with Sucy intending to use an ominous-looking mushroom for the class' fusion magic experiment but is objected by Akko who suggests using what seems to be a brownie (though the former questioned whether the creature on her hand indeed one due to its goblin-like features). Lotte tries to break up her roommates' arguments, but the two are too occupied that they wind mixing both together by mistake, resulting in the three friends alongside the mushroom, the small creature, and their boiling fusion potion into a Matango-like monster that poisons everyone in the lab. Subsequently, Finnelan, the acting teacher at that time, and Diana casted Luna Lana to undo the mess they caused.

At the Student Counseling Room, it's revealed that this is the fifth time the red team got into trouble; two of previous for being attempting to test a love potion on a potion teacher and having animated mummies to take over their supposed cleaning duties. In the light of their latest shenanigan, Finnelan assigned the girls to participate in the academy's upcoming witch parade at the town. To Akko's dismay, their would-be part in the parade is going to be a re-enactment of Witch Hunts in the Middle Ages in addition to an appeasement ceremony at the town's Sealing Stones. Finnelan further explained that another trio of troublemakers will join them also; the thief Amanda O'Neill, the magic-mechanic savvy Constanze Amalie von Braunschbank-Albrechtsberger, and the gluttonous Jasminka Antonenko, and sternly concludes with an ultimatum: Should they failed to make the parade a successful one, they must flunk the school year.

Gathering at the red team's dorm room, Akko is disgruntled by how outdated and awful the witch parade is that she takes her anger on Lotte's pillow. None of her friends shared the sentiment, let alone involve in it. Jasminka, who simply eats a bucket of candy on the other hand, offers Lotte some and reassures it being "happy flavor", giving Akko an idea to make a drastic change on the upcoming parade where it shows witches' more wonderful aspects. Naturally, Lotte protests such idea, but her pleads fell into deaf ears since Amanda agrees with it since she may be able to share some tricks for such purpose. 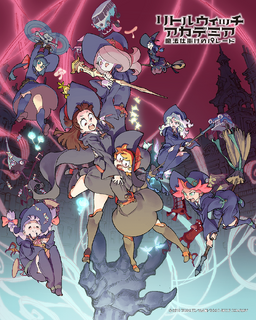 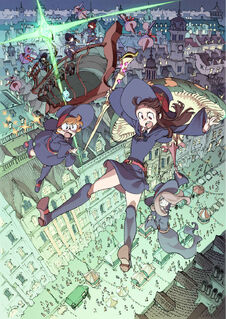 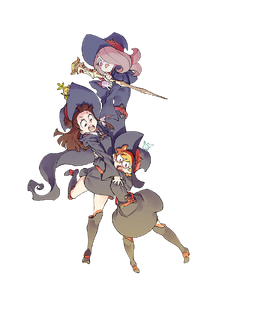 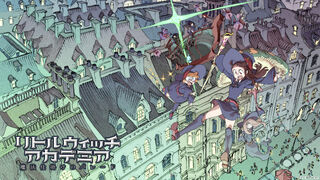 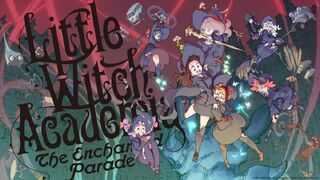 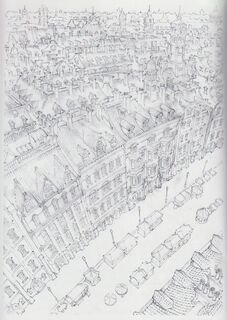 Retrieved from "https://little-witch-academia.fandom.com/wiki/Little_Witch_Academia:_The_Enchanted_Parade?oldid=48623"
Community content is available under CC-BY-SA unless otherwise noted.