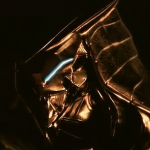 Ohoi, my fellow users!
Welcome to my message wall, where you can ask for help or talk to me about anything. However, please read the regulations before sending a message, so it doesn't break the rules!

← You did not specify any title
Loading editor
Newest threads