'Okuma '(Mad Demon) are a race of demons who plagued Midgard for almost a millenia clashing with the Onmyoji of Japan.

The secret history behind the Okuma were that they were product of fear by Witchkind. During the Dark Ages, as the decline of magic has begin to occur, several Witches feared an impending doom awaiting them. Using their best Wtichcrafters, they began creating a super organism that would protect them as guardians. The Okuma were born.

Shortly after their creation, the Witches tested their capabilities on the Amazon Rainforest of Brazil, South America. Witches noted that due to the use or nature of magic, it bypassed certain limits that nature used to held many lifeforms back allowing the Okuma  to thrive without deterrent. The Okuma were sent out and had easily put down a rise of Dragon subspecies.

With the news of the Okuma met with praise, the Witches Council decided to implement them in the capital of Witches, Thapoli. However unbeknownst to the Witches Council, something was happening with their creations. Time passes, a dark pulse inside them slowly emerged, each time related what the Witches did to them particularly continued experimentation, isolation within their cages, increased in labour and the constant battles fought over the years. The tipping point finally reached when all the Okuma fought off a Titan army. Although victorious they were, the intensive energy of the battle has begun seeping onto the Okuma allowing the darkness that they had developed finally unleashed, rage. The Okuma took their newfround rage onto Thapoli, thus fulfilling the prophecy the Witches wanted to prevent.

The Okuma left nothing alive. Agents sent to Thapoli found the capital in ruin along with millions of dead bodies of its citizens. The Witches now saw that the Okuma has turned against them. Thankfully, they managed to contain them within part of North America. Seeing that they were unable to be controlled once more, the Witches sent the Okuma to another dimension, hopefully won't terorize anyone ever again.

However, the Witches made another error as the dimension they were sending them was populated. The dimension's inhabitants, Elders didn't had time to react as the Okuma lay sieged onto their world. The Elders using their advance technology to create a device to pacify the Okuma but the damage has been done. 95 % of the Elder population has been eradicated and their homes' resources has been severely depleted that their own advancements won't be able to repair the damage. Enraged what the Okuma and their creators has done, the Elders used these demons against those beyond their dimension leading up to the Great Onmyoudou War.

The Great Onmyoudou War began in the Sengoku Period where a small clan of Onmyouji were practicing mysticsm has gotten word that several villages had been attack. The sent their best men onto them but when they returned, only one remained who passed away but before he did, he informed his clansmen that the enemy they were fighting were demons.

Not long, reports began to arrive about the demons named as the Okuma getting stronger. How grave the situation was, the head of the Kitsune Clan ask for the summons for all Japan's leaders to meet. All of them were informed about the Okuma threat. With it, the leaders who had seen the Okuma firsthand decided to put aside their differences to unite against a common enemy.

As the battle against the Okuma rages on, the Onmyouji  continued practicing their Onmyoudou. They travelled across the world learning various arts to implement into their studies till finally they perfected it. With it, the Kitsune Clan rose prominently and aided alongside the warlords turning the tide against the Okuma threat.

Japan won the war with the Siege of Osaka and the breach they poured out from was seal. It has been decided by the Kitsune Clan and the leaders that the tale of the Okuma would be kept secret to avoid world wide panic. Thus, the Great Onmyodou War was done. However, during 2007, an accident done by an idol named Shiny Chariot caused the breach to be undone releasing the Okuma once more. The Second Onmyodou War began.

The original Okuma were capable on their own using their strength, speed and anymore. However, their most dangerous ability is to evolve by consuming quantities of biomass allowing them to adapt to new environments. The process of evolution is unknown but was noted by scientists to be thousands of years of evolution compounded into a matter of seconds.

Basic (Blank) State: The original Okuma who began the Great Omyodou War. They preferred attacking in swarms but a single Blank Okuma is able to match two squads of soldiers. In present day, they evolved and a new successor to the species known as the Crimson Jackets

Midnight State: Having consumed sufficient biomass, the Basic Okuma transforms into its Midnight State. The appearance of the Okuma depends on what biomass it consumes. Their appearances changed to adapt to their surroundings. Attacks have been strengthend along with all of its other capabilities. Each Midnight has a uniqua ability depending on the biomass consumed. Midnight has been most common alongside their Basic brethren.

Ultimate State: By consuming more biomass, the Okuma enters its final metamorphosis where it will transformed into a more powerful version of their Midnight forms. Legends foretold of the Ultimates and they were the true Leviathans of the world. The Ultimate Okuma will be made leader or lieutenant of the pack.

Many of the Blank and Midnight State Okuma are based on the Metal Heads from Jak and Daxter series with the Ultimates are based on monsters from several franchises. 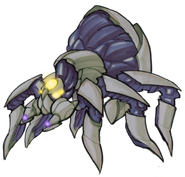 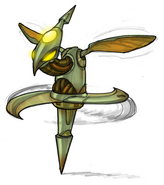 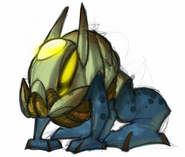 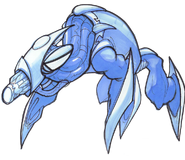 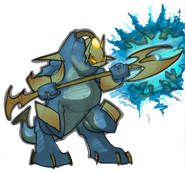 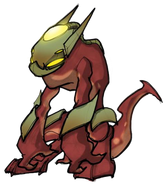 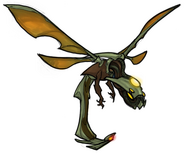 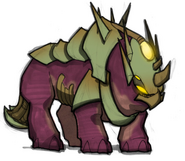 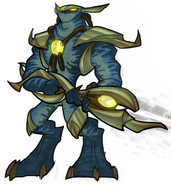 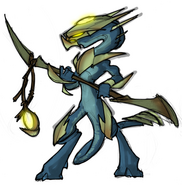 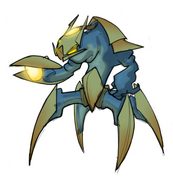 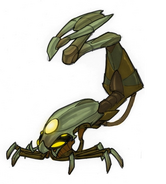 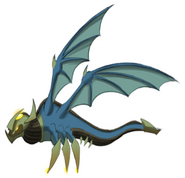 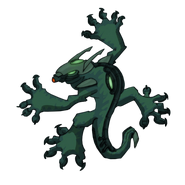 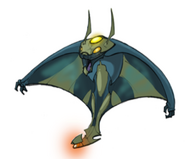 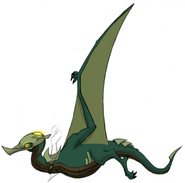 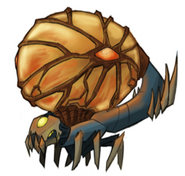 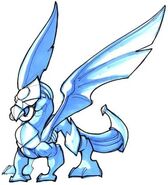 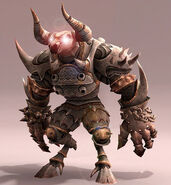 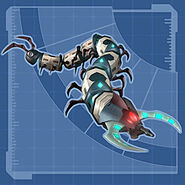 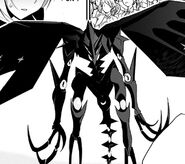 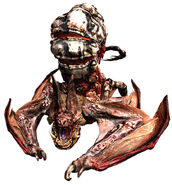 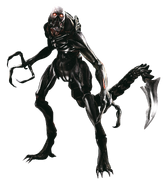 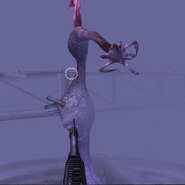 Gashadokuro
Add a photo to this gallery
Retrieved from "https://little-witch-academia.fandom.com/wiki/User_blog:Ron_PRL/Little_Witch_Academia_Alternate_Universe_Onmyoji_OC_Creatures:_The_Okuma_(Reimagining)?oldid=24781"
Community content is available under CC-BY-SA unless otherwise noted.